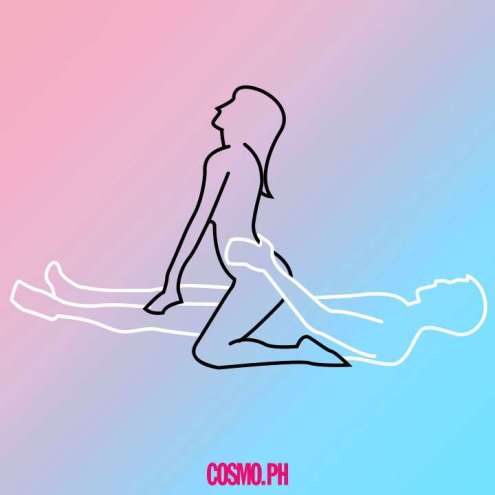 Let me explain. A lover who I’d seen on two previous occasions came and paid me a visit. His particular preference has always been about using sex toys on me, preferably anal ones such as Thai love beads or my vibrating butt plug. However, since we’d been together a few times I felt comfortable enough asking for a little something different. I knew he could do kinky so I was keen to see if we could introduce some good old-fashioned vanilla sex into our love making. On top of that, after sex he’d usually have to leave straight away for work, whereas I prefer a greater level of intimacy with my kinky play. I spoke to him about what I wanted and he agreed to give it a try. He wanted me to ride him and agree to cuddles after sex.

We started off with oral; him on me, licking and sucking my clit and nibbling at my vulva. I enjoyed taking him in my mouth and I drove him crazy licking hat space between his balls and ass where his prostate is, so much so that he came over my first, the first time I’ve never let a man do that. I wasn’t as bad as I thought it was going to be besides finding some of it in my ear.

Initially, it seemed to be going well. I finally found my rhythm and my clit felt stimulated. I let myself go and relaxed and really started going for it and as I wave of pleasure came over me, I leant forwards then back without thinking, a little far as it turns out. I felt what I thought at the time was him orgasming with a jolt but was actually him jolting in pain. On closer inspection when he pulled his foreskin back there was a small rip along the head of his cock.

I think it was safe to say we neve reached the cuddles part of the deal and I spent the rest of the time apologising.

It’s not all bad news, he did text me the following day asking if he could come again, as long as we never did reverse cowgirl again, and as good as his penis healed.

This incident also got me thinking about what other risky or slightly inadvisable sex positions were out there and I came across this article online in Men’s Health. You can read the full article here but as it turns out, cowgirl and reverse cowgirl are considered some of the most dangerous sex positions for men and their penises. I can also assure you that I took note of the other 3 on the list to ensure I didn’t rip, bend or generally put anyone else’s penis out of action: Men’s Health: 4 riskiest sex positions

I’d also love to hear if you’ve experienced anything similar with this position. Maybe there’s a sex position you stay away from after a bad experience. Do let me know in the comments box.

I’d like to welcome you all and thank you for stopping by The Secret World of Cydney. Writing a sex blog has been a secret desire of mine for a long time and whilst I’m not one for New Year’s Resolutions, I am one for setting goals and my goal for 2019 was to finally start my own sex blog. How I want this to look I’m not sure so please stick with me whilst I find my feet and this blog takes shape.

This site contains mature subject matter. Please do not enter if under eighteen or easily offended.