Rough, as the title suggests looks at various forms of violence that have made their way into our sex lives particularly in recent years. Some of these can be described as experiences that sit within a ‘grey area’ that might not fit traditional definitions of rape and sexual assault. The reason for this grey area, Thompson suggests, is that our society and by extension, the law, uses binary terms of rape or non-consensual sex vs. consensual sex.

The problem with this, according to Thompson is that, language feeds into the notion of a hierarchy of sexual acts, with some forms being more valid than others. This can invalidate LGBTQ people’s sexual experiences but also lead to the assumption that only some acts need consent. By removing this hierarchy, we can begin to address these ‘grey areas’ and bring about change in the legal language which fails to account for the full scope of sexual violence.

For example, in the UK, legal definitions of sexual assault and consent differ depending on whether you live in Scotland, Northern Ireland, England or Wales.

Thompson goes onto look at some of the acts that could be seen as making up this ‘grey area’; acts that may fall outside the legal definition of rape or sexual assault, but nonetheless leave the victim feeling violated. These include stealthing (the act of non-consensual condom removal), non-consensual choking and spitting, facial ejaculation amongst others.

I found the discussions in the book, around consent interesting, particularly the notion of ‘strategic consent’ a term coined by Bay-Cheng. “Disadvantaged young women often don’t have the luxury of consent that is only about sex; their consent has to be strategic.” This is because consent must take into account the reality that many marginalised communities face around misogyny, racism, economic injustice.

Consent assumes that all women have sexual agency and this isn’t always the case. Bay-Cheng also talks about ‘transaction scripts’ where someone feels they ‘owe’ another person sex, for example perhaps because they’ve paid for a date. Again, this would fall into that grey area, Thompson points to.

So what does she suggest we can do about it?

Another key suggestion is the improvement in the kind of sex education we receive. This includes incorporating anti-racism in sex education curricula, promoting healthy attitudes towards disabled people in the bedroom,

She also suggests that media portrayals of sex play an importance role in how certain acts are viewed. She points to shows like Bad Education, I May Destroy You and Normal People.

But she’s clear that this education needs also to take place outside of the classroom and that as adults we fill in the gaps in our knowledge.

Thompson goes on to look at everything from the fetishization, hypersexualisation and desexualisation of certain communities (women of colour, those with disabilities, bisexual women and the transgender community) upskirting and digital sexual violations such as cyberflashing. The law has notably failed to keep up with these image-based violations.

Legal language is so important, Thompson argues, because the law is used as a moral barometer. But if the law falls short and if we can’t rely solely on legal definitions by the justice system, especially for those that are most marginalised on society, then what is the answer?

She writes, “we cannot place our faith in the law or in educational syllabi – both of which are controlled by lawmakers looking to serve the interests of their own political agenda. Changing our sexual culture has to start at an individual level, through thinking about how you treat other people – even if they’re complete strangers – on a human level. But on a macro level, we also have a collective duty to understand and fight the ways systems of oppression operate in our sexual culture.”

Thirty year old Stella is under pressure from her mother to settle down. Stella has Aspergers which makes her socially awkward and sex is uncomfortable for her.

But it’s a passing comment by Philip, a colleague, and just the type of man that her mum wants her to marry, that starts her thinking. He says,” a word of advice from a man who’s been around the block a few times: Get some practice. When you’re good at it, you like it better, and when you like it better, men like you better.”

If practice makes perfect, she thinks, “then maybe sex was just another interpersonal thing she needed to exert extra effort on.”

So she comes up with the idea of hiring Michael, a male escort, to teach her about sex and how to be a good girlfriend.

The premise of a Pretty Woman style role reversal (which they even joke about at one point) was what drew me to this novel.

The Kiss Quotient has quickly become one of my favourite novels this year. Not only is it a heartwarming story but boy is it steamy! I have to hand it to Helen Hoang, this book had some of the hottest sex scenes I’ve read in a while. The girl knows how to write a good sex scene, or five.

As a former teacher, I laughed out loud at Stella’s “lesson plans” with Micheal which included, ‘hand job lecture and demonstration’, ‘hand job practice’ and ‘performance review’.

The only reason I didn’t give this a full 5/5 was that i didnt quite buy into Stella suddenly losing some of autistic traits, such as those to do with the way Micheal smells and being touched by him.

What I did love, besides the smut, was the sense of community when exploring Michael’s Vietnamese heritage and the lighthearted scenes with his family and this is probably where the book works best.
.
Rating:4/5
Spice rating: 5/5

Vagina: A Re-education by Lynn Enright, explores everything from the labia to the hymen, from the vagina to the clitoris.

Enright acknowledges that today, the word vagina is frequently used when what is really meant is vulva, and this makes it even harder for women to discuss their own bodies.

The book looks at how cultural attitudes have affected women’s relationships with their bodies. She writes about infertility, sexual assault, bikini waxes as well as periods , endometriosis,the menopause and orgasms.

In particular she discusses something 30% of women experience at some stage in their life, pain during penetrative sex.

What the book clearly does, is show how we all benefit from more openness and knowledge about the vagina so many others need not suffer.

I found the chapter on the hymen particularly interesting, because,  as it turns out, it’s not so much a covering but in the majority of people more like a crescent.

What’s also great about this book is that it’s highly readable, as it’s part memoir, revealing Enright’s own stories of sexual assault and struggles with infertility.

Her attempts at inclusivity succed as she concedes that not all women have vaginas, that not everyone with a vagina is a woman, and highlights the lack of data on those people’s experiences while also talking to trans women and men.

This is one of those books that should be handed out in schools. Educators really need to start teaching young people the truth about their bodies instead of omitting any reference to the clitoris during sex education. This book certainly is a great place to start.

This site contains mature subject matter. Please do not enter if under eighteen or easily offended. 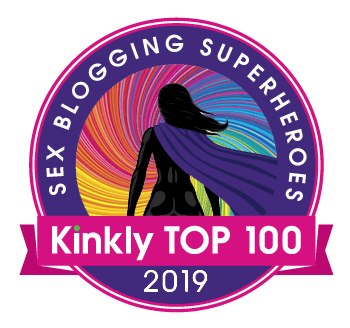